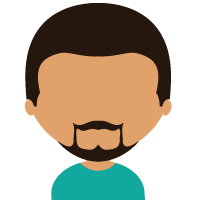 If you are developing a new product and outsourcing your manufacturing, one of the first decisions you will need to make is between overseas and local manufacturing. There are pros and cons to both options, and the final decisions depends on the unique needs of your company. You need to take into account costs of labour and materials, but you also must consider shipping, logistical elements and how often you get to personally check on the process. In this blog, I plan to go into all of those issues and help you make a decision either way. I also plan to cover other aspects of industrial and manufacturing processes.

If you make items out of metal, you could be looki …

Read More
Why Use Laminated Veneer Lumber During a Home Build?
28 March 2022

As you plan your new home build, you have to choos …

Water tanks are beneficial for collecting and stor …

Laser cutting is used for many different things. F …

Many modern office buildings have a chilled water pipe system in their design these days. Such systems function by allowing chilled water to be pumped throughout the entire structure in order to keep its occupants cool. This is achieved when air in the working areas within the building comes into contact with what is known as terminal devices, usually a form of coil held within the block's air handling units.

In a large commercial construction, such as an office block, the heat in the air is transferred at the terminal devices' coils to the chilled water which then transfers it away by the same pipe network that delivered it. The energy from the captured heat is commonly transferred to the exterior of the building via a cooling tower or a vent. The same sort of system is easily adapted to domestic buildings in Australia, too, although conventional HVAC systems tend to be the norm in most homes. Key to such water cooling systems working well is the pipework which must keep the water it bears chilled until it can be of use. What sort of pipe technology is in use today?

Water is kept in its chilled condition by installing pipes which are very heavily insulated. Since there is a running cost associated with chilling water, the more the pipework can maintain its temperature, the lower the attendant running costs of the system will be. A typical pre insulated pipe will have what is called a cold pipe at its core that retains the water within. Outside of this layer will be an insulating material, such as foam which prevents the pipe from warming according to the ambient temperature outside of it. Since cold pipes may attract condensation from moisture in the air, heavily insulated pipes of this type are also often fitted with a vapour retardant layer, too. Finally, a protective outer sheath is usually supplied so that the chilled water pipe is able to withstand accidental knocks during its working life.

Pipework that will bear chilled water through an entire building's cooling system must be fitted correctly. Even minor faults at the time of installation can lead to serious inefficiencies in the system down the line. Joins and bends in the pipework should all be thoroughly checked for losses before the installation work is signed off. Bear in mind, also, that anti-corrosion paint is no substitute for a vapour retardant layer when it comes to installation because the former will not last nearly so long.